2 years ago from Friendica
I'm testing that Ground.News app
I'm never 100% sure of anything, but I think I'm underrating the importance of this new service when I call it wildly important and vital to the future of society at this troubled time for humanity on the Earth.
Spoiler alert: It was created by a NASA engineer/scientist with the intent of not introducing any bias to the news.


It's called "Ground.News" (that's their main website URL too). It's an app for most smartphones, and also a web service.

You can just put in a news story and it gives you an aggregated collection of what all the news sources are saying about a story. Last night I started a free trial of their premium service ($0.99/month) but I'm pretty sure I'll pay them for this.

Last night while dinking around on their site I went into the Politics section. Somehow down the list, this one caught my eye. Netflix already erroneously suggested I watch this movie a few days ago or more. It's just not something I want to spend my time on. That was my prejudged (not prejudiced) opinion, which in hindsight was correct. Seeing this histrionic reporting of comments by #GOP elected officials, including #CancelCulture calls which they say they're against, and considering the weight of the number of right-leaning news sources talking about it made me want to form an opinion about it first.

'Cuties' is a movie out of France, but through the magic of computers, I could play the English version of it so I didn't have to read the whole movie. It's a coming of age type story along with also being a hero's journey for a girl going through the changes of the edge of adulthood. It's artfully done, not a big-budget production, uplifting (depending on how a viewer was cultured), and takes the viewer on a normal healthy moral struggle with a great resolution at the end. It has a slight thread of empowerment of women in it but it's as thin as silk. Mostly its a struggle of girls against girls, girls against women, and a girl against herself.

I think if any reasonable person watches this, they will find the news stories about it making you think the Senators have gone out of their minds. Since most people are rational including members of Congress, it leads me to think it's just a capricious selection of a "villain" that they can rail against in an election year in a Machiavellian way.

Oddly the story is also being run by #Russian #news #sources.

The gist is they are trying to claim it's criminal sexual exploitation of minors. It's not much different from the crap Disney cranks out for late daytime after-school viewing. They do broach the topics of oversexualizing dance moves and costumes for early teens, but they do it to show it's not acceptable and leads to non-wholesome feelings for oneself.

Most of the stories are doing what I call "big-cat" by fluffing up their fur when frightened. They are claiming "widespread criticism" of a film that would likely be hardly known to exist if they didn't pick it to stand on fictional high ground. I wonder if their readers will avoid seeing the film because they think it will expose themselves to empowering the exploitation or make them see un-holy things.

Fake news seems to be the new crack-cocaine. I don't think we're going to build any rehabs for that. We certainly can't police it, because of the first amendment and all. Hopefully, we can grow some cultural immunity to it though. I think a service like this Ground.News is a good #Penicillin.
#groundnews Sen. Lee calls on Netflix CEO to remove film 'Cuties' from its service

This alone has made my foray into Friendica worthwhile. What a simple, brilliant idea.

This alone has made my foray into Friendica worthwhile. What a simple, brilliant idea.

A really cool idea in news management...
So today while listening to the latest Deep State Radio #Podcast (named ironically) and they mentioned a new thing (in a way to donate to Deep State) about an #App/Web Service that aggregates similar topic news stories from all over the world and compares the left to right bias versions of the stories so that you can really filter out the truth by pairing away the places where they diverge.

It's called Ground.News, and here's their video description of the service.

How the sausage was made.
#Science #FuckYeah #NASA

Stressed women are more likely to give birth to a girl, study finds
If you're looking for a #Upbeat #Happy #News #Story to talk about at the water cooler, this #Interesting #Podcast might just do the trick.

They have #Statistics to show the #Correlation, they have #Hypothesis to connect plausible & likely functional relationships between the cause and the effect. As a parent, I've heard a lot of things over the years claiming to adjust the likelihood of a child's gender through food or other silliness, but this is the first one I heard that made sense. I could be wrong, but it seems that—for example—if prospective #dads want #sons they should go to great lengths to not be an #Asshole and to woo their partner. If #parents want #daughters, they will have to try to walk that dangerous tightrope of #stress that could lead to failed attempts to #conceive.

If you want to get right to the audio highlight,
slide the cue handle to about 21:34.

Below is a link to the detailed article. Stressed women are more likely to give birth to a girl, study finds

Stressed women are more likely to have a girl than a boy, research has shown. 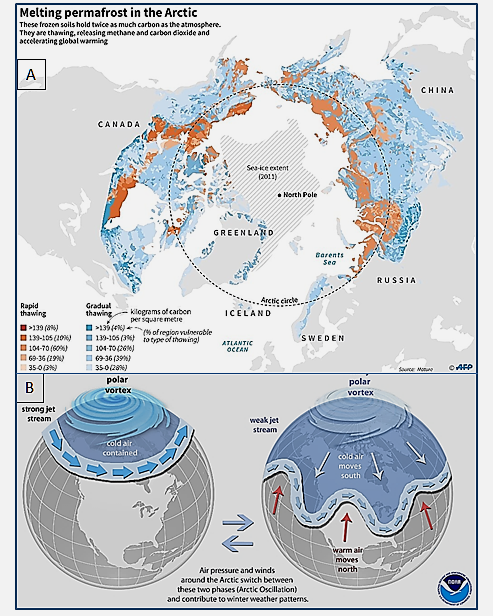 The inhabitants of planet Earth are in the process of destroying the habitability of their world through the perpetration of the largest mass extinction of species since 66 million years ago, when a large asteroid impacted Earth, and 55 million years since the Paleocene-Eocene Thermal Maximum (PETM) reaching 5–8°C. The late Holocene-Anthropocene climate change represents an unprecedented event, triggering a fast shift in climate zones and a series of extreme weather events, with consequences for much of nature and civilization. The changes are manifest where green forests are blackened by fire, droughts are turning grassy planes to brown semi-deserts, brilliant white snow and ice caps are melting into pale blue water and clear blue skies turn grey due to aerosols and jet contrails, most particularly in the northern hemisphere. Unless effective efforts are undertaken at CO₂ drawdown, the consequence would include demise of much of nature and a collapse of human civilization. 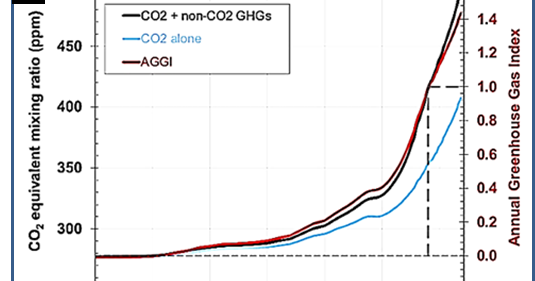 The changing face of planet Earth

Blog edited by Sam Carana, with news on climate change and warming in the Arctic due to snow and ice loss and methane releases from the seafloor.

Another Guatemalan migrant child dies in US custody

“The immigration agency lacks protocols for tending to migrant populations, and especially for populations presenting some type of illness,” said Jorge Andrade of the independent nonprofit Institute for Democracy and Safety, which monitors the detention of migrants in Mexico. Mexico’s immigration agency has been overwhelmed as they've detained a growing number of U.S.-bound migrants.

The United States is seriously fucked up.

He was detained on April 19 by agents at the southern border, Guatemala’s Ministry of Foreign Affairs said. One day later, he was sent to a government-contracted youth shelter in Brownsville, Texas, to begin a process of family reunification, according to the ministry.

The following morning, employees noticed that the teen was sick with “fever, chills and a headache,” Stauffer said. They took him to a nearby hospital where he received treatment. He then returned to the shelter.

Describing the boy’s medical condition, the Guatemalan Ministry of Foreign Affairs said the boy had “a severe infection in the frontal lobe that showed no improvement, even after a surgical intervention to stabilize the pressure inside the head area.”

The 16-year-old Guatemalan boy died at a hospital in Texas. Guatemala's government said he had an infection in the frontal lobe of his brain.