Atheists in the open
atheists@nsfw.wnymathguy.com 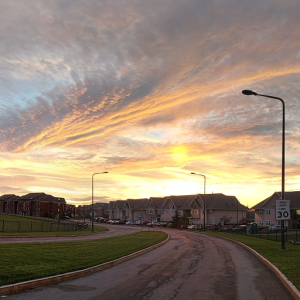 About:
If more people knew more about us, the world would be a better place. Were public here on this forum so as to open the door for the religious world to peek in.

There will be very little moderation in this group, so it is expected that the members wouldn't say something in haste here that they wouldn't say in a public setting with people face to face.

If anything guides you in your postings here, let it be this question; will this shared information help make the world a better place?

Malicious people may make their way into the group. If they can't be brought to civility, they will be removed.

Full_name
Atheists in the open

Family_name
in the open

The Case for Abortion that Every Pro-Lifer Needs to Hear (Ft. Rachel Oates)

#Abortion and #AbortionRights are hot topics in the #US #News but these videos calm down the rhetoric and make salient #Scientific points to resolve the debate.

Insurrectus Resistus 2 years ago diaspora
Based on what is written in Numbers 5:11-31 it would appear that God doesn't believe killing of the unborn is wrong, so why do Christians?
Link to source

Michael Rupp 2 years ago friendica
I have given this a lot of thought in the past. My content is still lounging on Blogger. Someday I'll migrate it all to my own server.

First I laid out why I thought Christians didn't have a leg to stand on with the X( - Pro-Lifers + their BS post.

Maybe relevant to your question, I fleshed out my theory about how its big business interests that drive Christian "soldiers" into a fight, (which is inherently racist because most people in poverty were of a race that was demonized and dehumanized and still loses from the actions of well-meaning Christians), so that their industries can benefit from the people who get denied abortions; War = Abortion?. (I just realized I have outdated links on that one

I also wrote another one that pulls the ProLife-rug out from under Christians; X( - The Golden Rule. [fail].

A hypothesis I never wrote about yet is, that most if not all of the true believers in the Right To Life movement have some form of PTSD from the loss of a child due to natural circumstances. Stillborns, intentional pregnancies that didn't take, etc. They tried so hard and have nothing from it, then... they see people being gifted with what they were denied and they lose their collective minds.
Link to source

Insurrectus Resistus 2 years ago diaspora
I'm looking at your posts now. Thanks for responding and sharing. I've posted some other thoughts here

I would appreciate your thoughts on what I wrote. It does seem that we are preaching to the choir so to speak
Link to source
Michael Rupp likes this.

Michael Rupp 2 years ago friendica
I'm going to have to friend connect to you in order to comment on the post. (I'm Friendica based)
Link to source

Is God Actually The Villain?

This is so freaking good! I may have had a small hand in it due to a private message to DarkMatter2525 on his #Patreon account that closely resembles the theme of the embedded video below.

Michael Rupp 3 years ago friendica
Been so long since I read a paper comic book I wouldn't know Thanos was ever in the paper versions. I think it was the 1980's that I last read one, and even then they weren't hot off the press.
Link to source